A blockchain, is a growing list of records, called blocks, which are linked using cryptography
Information held on a blockchain exists as a shared — and continually reconciled — database.

By design, a blockchain is resistant to modification of the data. It is “an open, distributed ledger that can record transactions between two parties efficiently and in a verifiable and permanent way”

No centralized version of this information exists for a hacker to corrupt. Hosted by millions of computers simultaneously, its data is accessible to anyone on the internet.

You enterprise can rely on Bodhtree’s expertise in helping you pick the right blockchain and navigating your blockchain journey.

Bodhtree helps you make your transaction histories more transparent through the use of blockchain technology. Your data on a blockchain will be more accurate, consistent and transparent than when it is pushed through paper-heavy processes.

We help you make your data more secure than other record-keeping systems by using blockchain. In any industry (financial services, government, healthcare) today, protecting sensitive data is crucial. We at Bodhtree implement blockchain and give organizations like yours an opportunity to really change how critical information is shared by helping to prevent fraud and unauthorized activity.

Trading products through a complex supply chain, can make it extremely hard to trace an item back to its origin. When exchanges of goods are recorded on a blockchain, you end up with an audit trail that shows where an asset came from and every stop it made on its journey. This historical transaction data can help to verify the authenticity of assets and prevent fraud.

We will assist you in doing away with the traditional, paper-heavy processes, which are prone to human error and often require third-party mediation. By streamlining and automating these processes with blockchain, transactions can be completed faster and more efficiently.

We understand that reducing costs is a priority for most Organizations. With Blockchain you won’t have to review so much documentation to complete a trade because everyone will have permissioned access to a single, immutable version.

Industries which can benefit from using blockchain 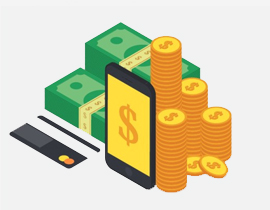 Banks serve as the critical storehouses and transfer hubs of value. As a digitized, secure, and tamper-proof ledger, blockchain could serve the same function, injecting enhanced accuracy and information-sharing into the financial services ecosystem. The management of public services is yet another area where blockchain can help lessen paper-based processes, minimize fraud, and increase accountability between authorities and those they serve. 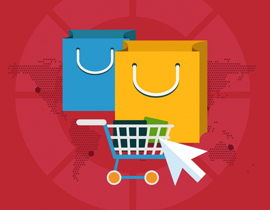 Blockchains can help retailers offering gift cards and loyalty programs to make those systems cheaper and more secure. With fewer middlemen needed to process the issuing of cards and sales transactions, the process of acquiring and using blockchain-reliant gift cards is more efficient and cost effective. Use of blockchain technology could allow hospitals, payers, and other parties in the healthcare value chain to share access to their networks without compromising data security and integrity 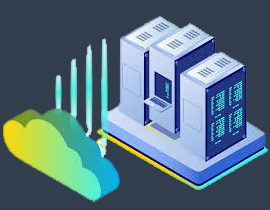 As critical infrastructure like power plants and transportation all become equipped with connected sensors, the hacking are great. If blockchain is more widely adopted, the probability of hacking could go down, as the cyber protections of the technology are more robust than legacy systems. 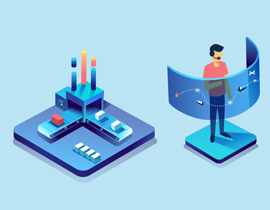 With blockchain, as products change hands across a supply chain from manufacture to sale, the transactions can be documented in a permanent decentralized record — reducing time delays, added costs, and human errors.